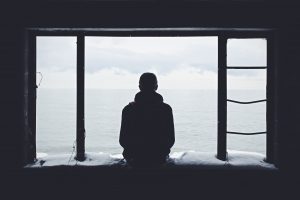 Originally published on March 21, 2018 on the Facts & Trends blog, a publication of Lifeway Christian Resources.

The subject of depression can be difficult to address. While the post below is personal, genuine, and encouraging, it should not be considered as medical or psychological advice.

A few NBA players have recently drawn attention for sharing about their mental health, most notably as Kevin Love described his experience with panic attacks and anxiety. One thing that struck me was how many responded by sharing their own stories. Witnessing another’s vulnerability was the catalyst for them to respond in kind. As we often discover in our church, it’s amazing how one person sharing about her pain can lead to a snowball of others letting down their guards to do the same.

With that, here’s something I haven’t shared with very many publicly: I suffer from depression. I’m mindful not to use that word lightly, especially as some say “depression” to describe when they’re feeling sad and can take away from the debilitating reality that many experience at the core of their daily being. My depression is not as bad as it might be for some but I’ve also come to see it’s more than my emotions or having a bad day.

I’ve suffered from depression for much of my life and used to wonder what was wrong with me, especially in certain seasons when it just didn’t seem to fit with being a mature Christian. When I was younger, it could get so bad that I couldn’t get out of bed for long stretches at a time and I paid the price. When I look back on a lot of things that went wrong in life, some of the failures I experienced were because of immaturity but much of it was also a result of mental health issues I refused to acknowledge.

In more recent years, there were times when I felt that maybe I was past my depression. Most people who know me might have been surprised to know this was part of my life. As a pastor who had aspirations to get a new church off the ground, there was not much room for my depression. Especially as I encountered so many broken people, I internalized a need to be strong for their sakes and felt like I always needed to be “on.” Of course, I believed that part of being on was being real but depression didn’t feel like an appropriate expression of honesty. The truth is that as I became more competent as a pastor, I also became more proficient in functioning outwardly at a relatively high level even when my soul was being crushed internally. For me to get where I wanted to get, weakness was not an option and depression felt like a liability that needed to be hid away.

Things came to a head this past fall. A combination of external factors rocked me including issues with church and, most particularly, my father’s death. Those things converged with what was already inside of me and boiled to a point I could no longer manage. The external hardships were real but what I was experiencing in my mental health was happening even while everything was objectively ideal in life—even as I became more “successful.” I still fought for a certain level of external control but it was getting harder to maintain that veneer. Walking with God in things like the Word and prayer was always helpful but also frustrating. As much as God was real to me in those things, what I continued to experience in my depression was also very real.

I believe we have a lot of room for growth as the larger Church in the area of mental health; but, I also believe there’s been improvement. I’m encouraged that many churches are much more open to give our people the room to acknowledge that mental health issues are real and not merely a result of spiritual immaturity. But, at least from my vantage point, I think I see a lot more about pastoring others through this journey than about how it affects the pastor. We talk a lot about things like post-Sunday Monday morning blues and pastoral burnout but far less about the mental health struggles that may underlie some of that. Perhaps there is still some stigma to a pastor acknowledging this kind of brokenness. Maybe it sounds more noble to say a pastor is hurting because of overwork rather than an acceptance that mental illness may play a part. Truthfully, it’s why I even wrestled with whether I wanted to write these things in a public venue. I don’t like putting out there that this is a part of who I am.

I share all this with the hope to say that if you suffer from mental health issues: You are not alone.

A helpful part of my path for healing has been to walk with someone who is trained in these matters. Seeking professional help is not a sign of your weakness but may be one of the strongest things you can do.

Along with that, one of the most helpful things for me has been to actively reach out to some people I trust to honestly share this pain. There is power in letting others into your darkness. In doing this, my heart was also moved to hear many of them share similar struggles.

God has shown me that though He can heal, this darkness may always be a part of my journey, maybe until the end of this physical life. But even if that’s true, I don’t have to do it alone.

If this is your journey, I hope you can believe that, too.